Feransis’s pieces consist of collages of characters from pop culture found in printed media such as magazines, comics, and newspapers. Collage; cutting up printed media and pasting them together to form something new has been practiced since the paper was invented. Japanese poets would make use of various paper textures and paste them to assist their stories. Europeans during the Victorian era would make new pictures by assembling photos and illustrations found in books. In the 1900s, collage has been established as a modern art practice, pioneered by Pablo Picasso and Georges Braque. The practice continued on even until today.

One of them is “Tyger, Tyger, Burning Light”, a collage consisting of multiple round-shaped tigers with beady eyes. The tiger cutouts were pasted onto two conjoined rectangles, with some parts of the tigers popping out of those shapes, namely a tiger sitting down on the bottom and a tiger’s hands holding a mug on top. On each centre of the top, bottom, left, and right sides of the piece, cutouts of Archie characters, who are human, can be seen. Archie characters are known for their round, fluid shapes, so they fit with the art style of the tigers.

Accompanying the Tyger piece is one of a similar theme, which is “Pencak Silat Taekwondo”. Pencak Silat is a martial art that comes from Indonesia and its neighbouring countries, while Taekwondo is a martial art that originates from Korea. The piece uses a red Chinese-styled poster as the background. A pair of fish on the bottom, while cherry blossoms and a blue row of cobras are seen on the top. The bottom text reads “Long Live Comrade Mao for Ten Thousand Years” in simplified Chinese text. Places on the poster are various cutouts of tiger and tiger-resembling characters. Some of the notable ones are Tigger, Wolverine, and Hobbes. They all have various art styles, ranging from cutesy to realistic. The collages are then cut out into what resembles Batman’s icon.

The use of cutouts to create a new aesthetic form echoes the spirit of pop art of the 1950s and 60s, where artists like Roy Lichtenstein and Andy Warhol use mundane items found in everyday life and put focus on their formal qualities. The tigers in “Tyger, Tyger, Burning Light” were multiple in size, perhaps to reflect the repetition of consumptive media. “Pencak Silat Taekwondo” is more culturally provoking, referencing at least three Asian cultures; Indonesian, Korean, and Chinese, in one artwork. Could the “tigers” in the Batman frame represent different cultures fighting against each other?

Feransis’s artworks have shown how various iterations of the same thing (in these cases tigers) can shape into radically different forms. And the characters from preexisting media that were used have been stripped off their previous contexts, thus subverted into pure aesthetic elements. 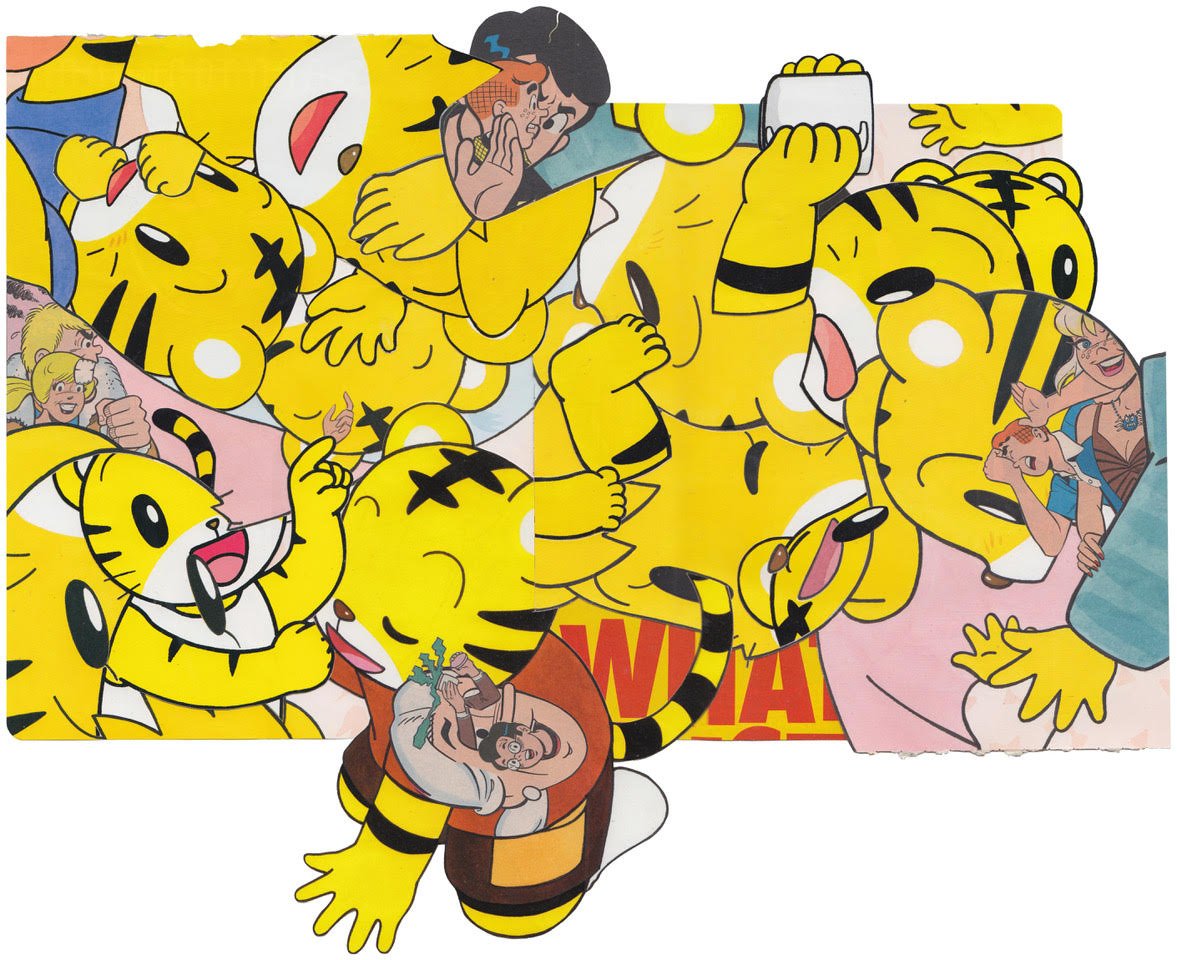 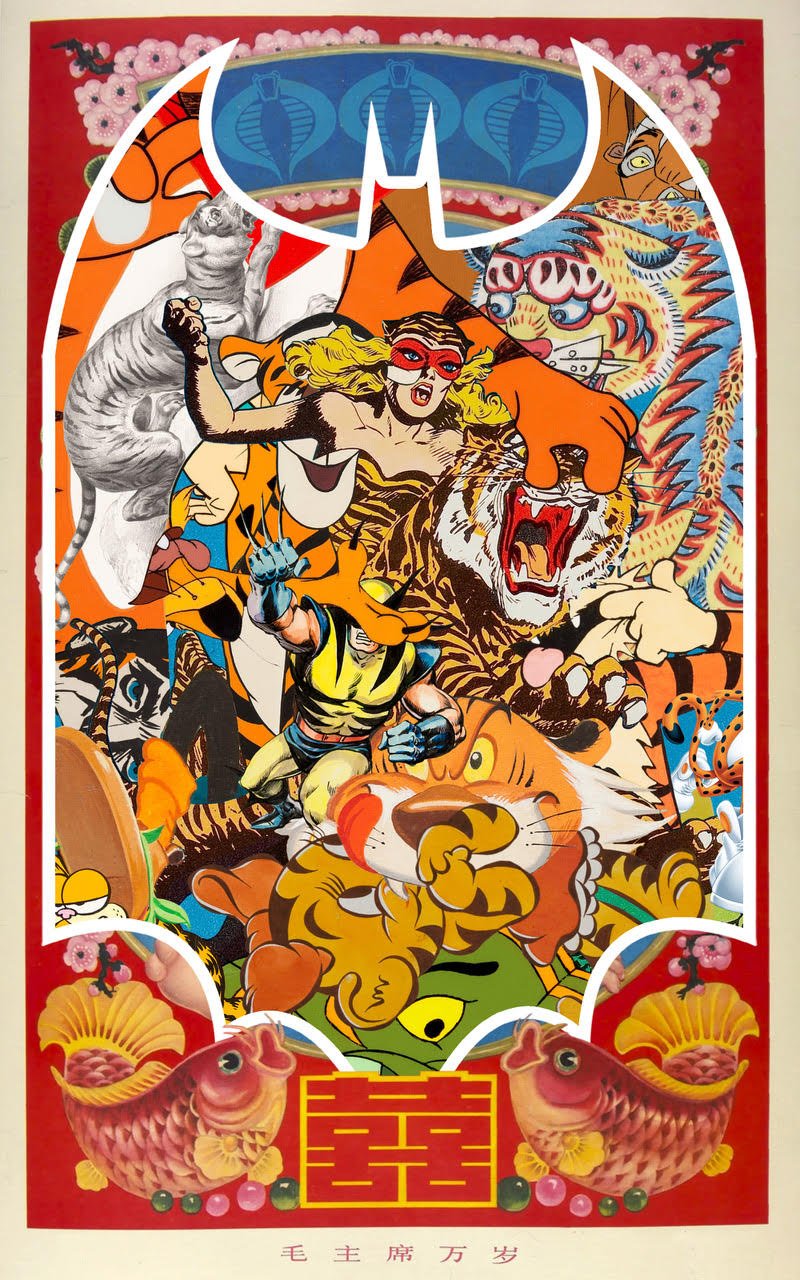 I mostly influenced by Western comic and cartoon culture on my collage works.

Pop culture is my entertainment especially when I feel bored with my daily responsibilities such as work etc, and it influences a lot on my perspective on things also.

I don’t have any favourite piece of pop culture in particular because I find myself instantly loving them from one thing to another every time.