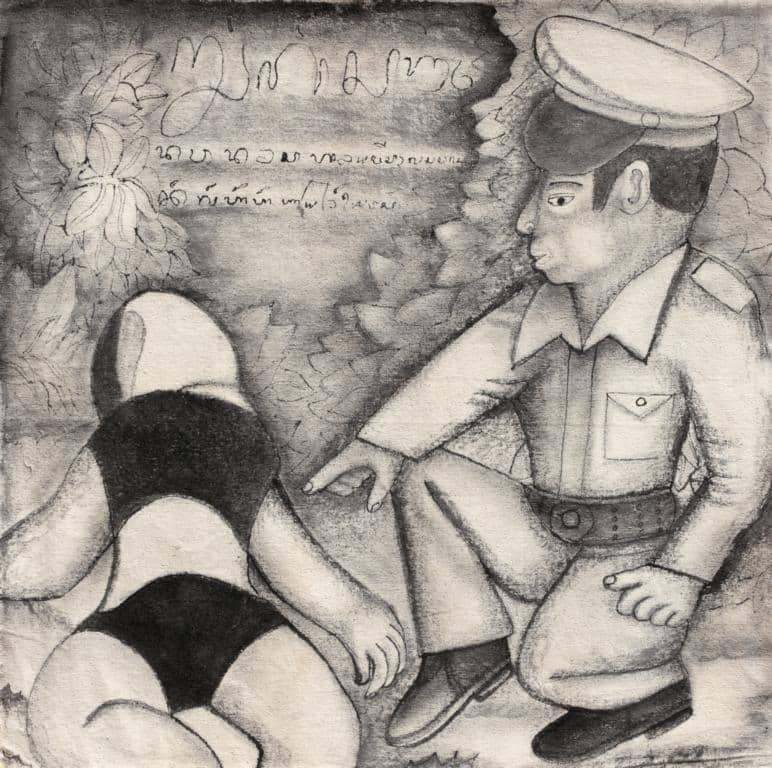 Oototol, who’s birth name Dewa Raram, was born in the times of the Japanese invasion in Indonesia and was given the name “Raram” from the sounds of the Japanese plains then. Living in Pengosekan, he could not read or write, so he became a traditional painting painter. Yet no one paid attention to him and was stated that his artworks do not meet the market’s expectation. As he would paint about nationalism based on Indonesian first president, Sukarno, speeches, also about the generals.

Hearing of Murni’s strange paintings, he started hanging at her place and eventually also painting there, still with the same themes also officials with peci cap. After Murni passed away, Oototol diverted to more naïve and landscape works, yet still with peci caps placed on its characters. 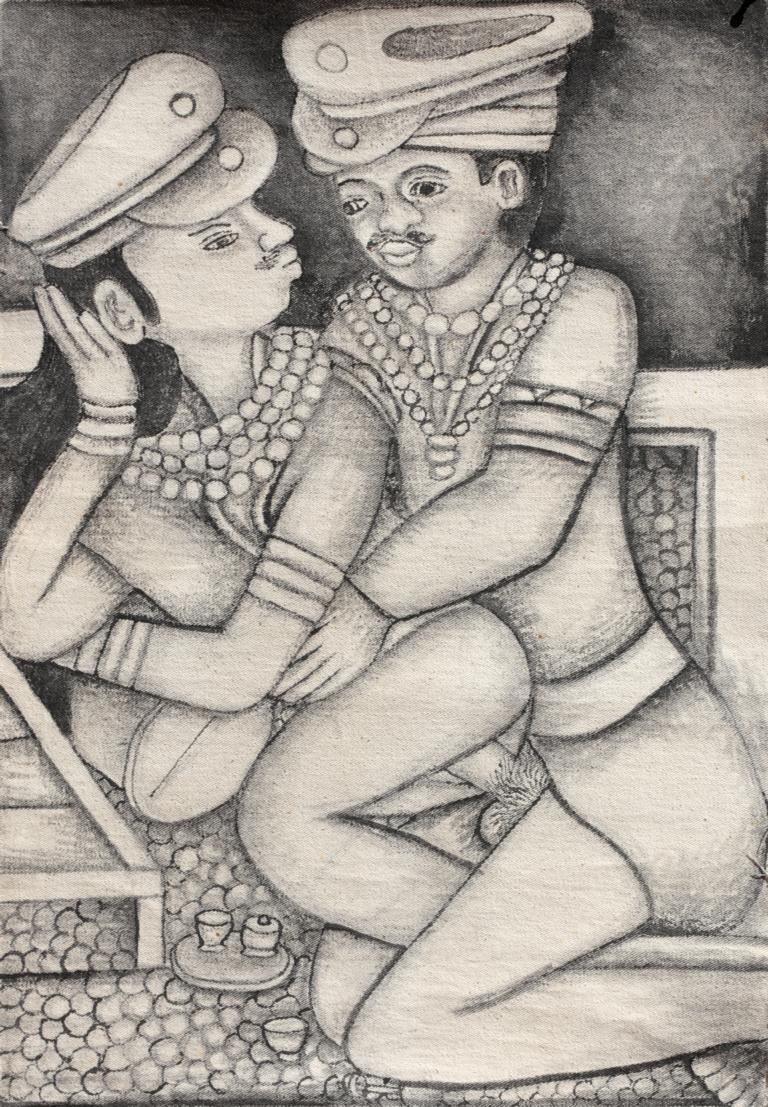