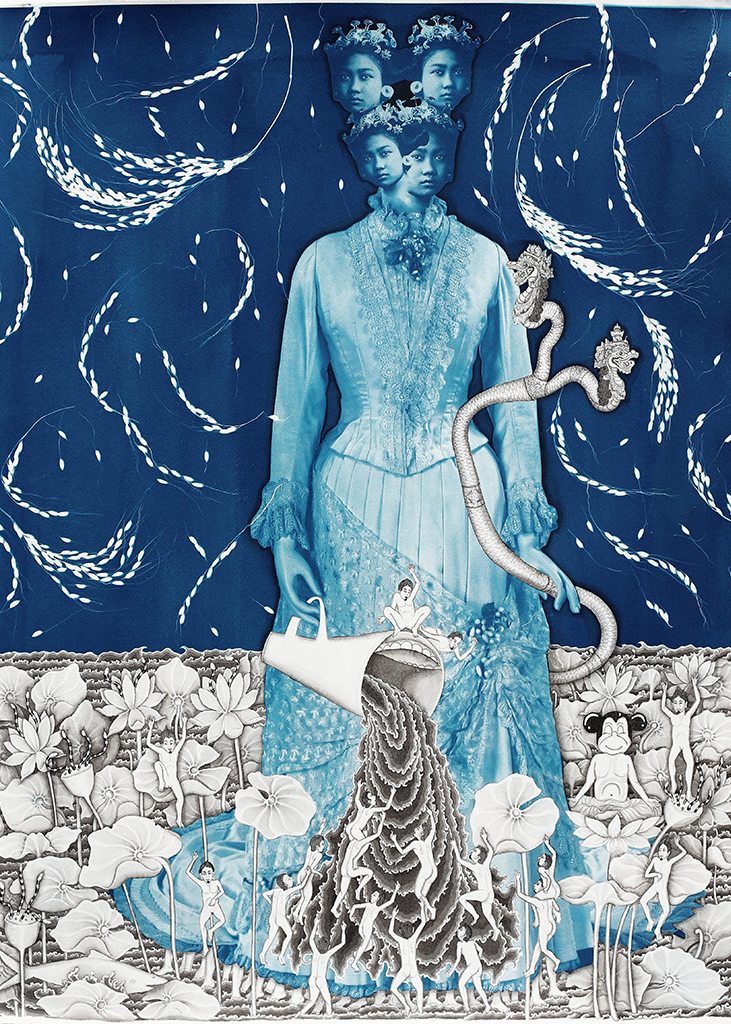 The students from one nursery school in Bali (STIKES) were doing a 2 months program with Rumah Berdaya, where they held several creative activities, such as singing and drawing. At chance, one of the drawing sessions coincides with the annual event in Denpasar called Denpasar festival 2017. Then Ketemu and the students think that it might be a good occasion to bring the art for well being session to the public, as a form of public intervention and give social education to the society.

That time, we did the group art expression activities, or we call it meGAE, in front of the public. We encourage them to ask 2 of the visitors to join them in drawing. They introduce themselves, happily having chit-chat and making jokes while they are drawing together. The activity lasted for 2 hours. As a closing, they shared their artworks.

One of the participants who joined the activity said that he/she thought people with Schizophrenia were crazy before. But after she/he tried to socialize directly with them, she/he realized that they are the same with everybody else. They could exchange opinions, make jokes, and talk for a long time together. This is why Ketemu and Rumah Berdaya always try to do a public intervention. Our goal is that we can remove the stigma towards people with Schizophrenia. 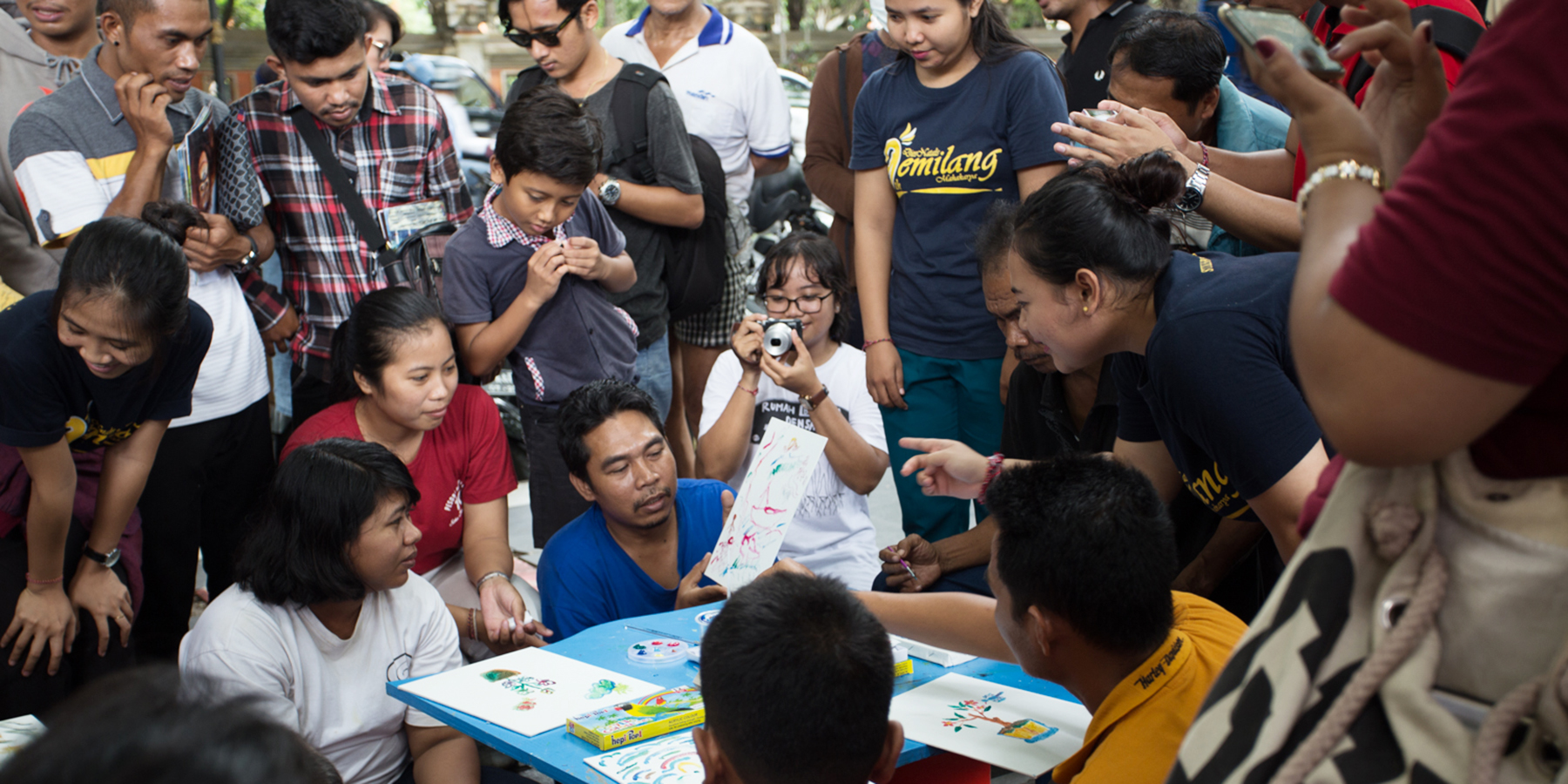 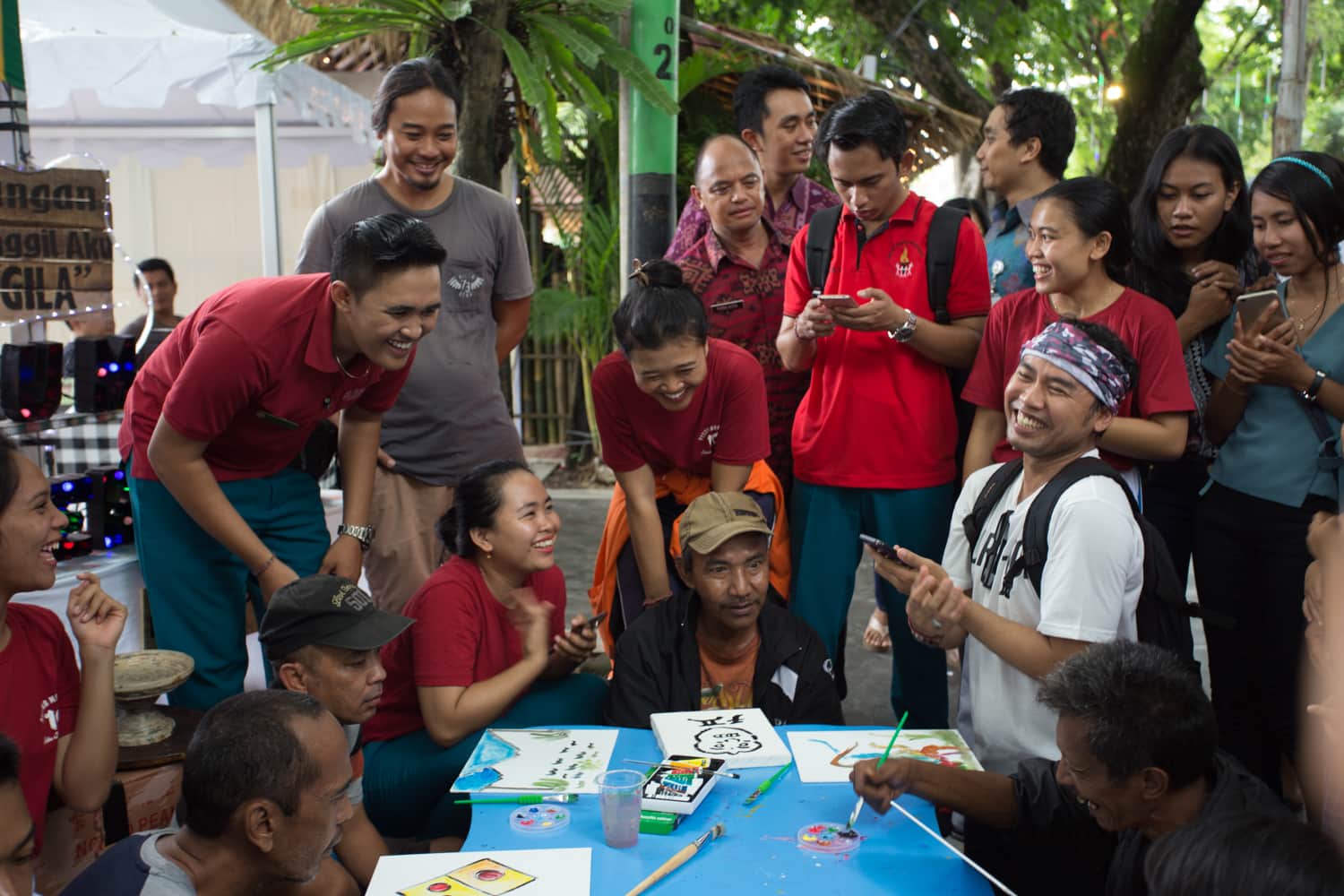 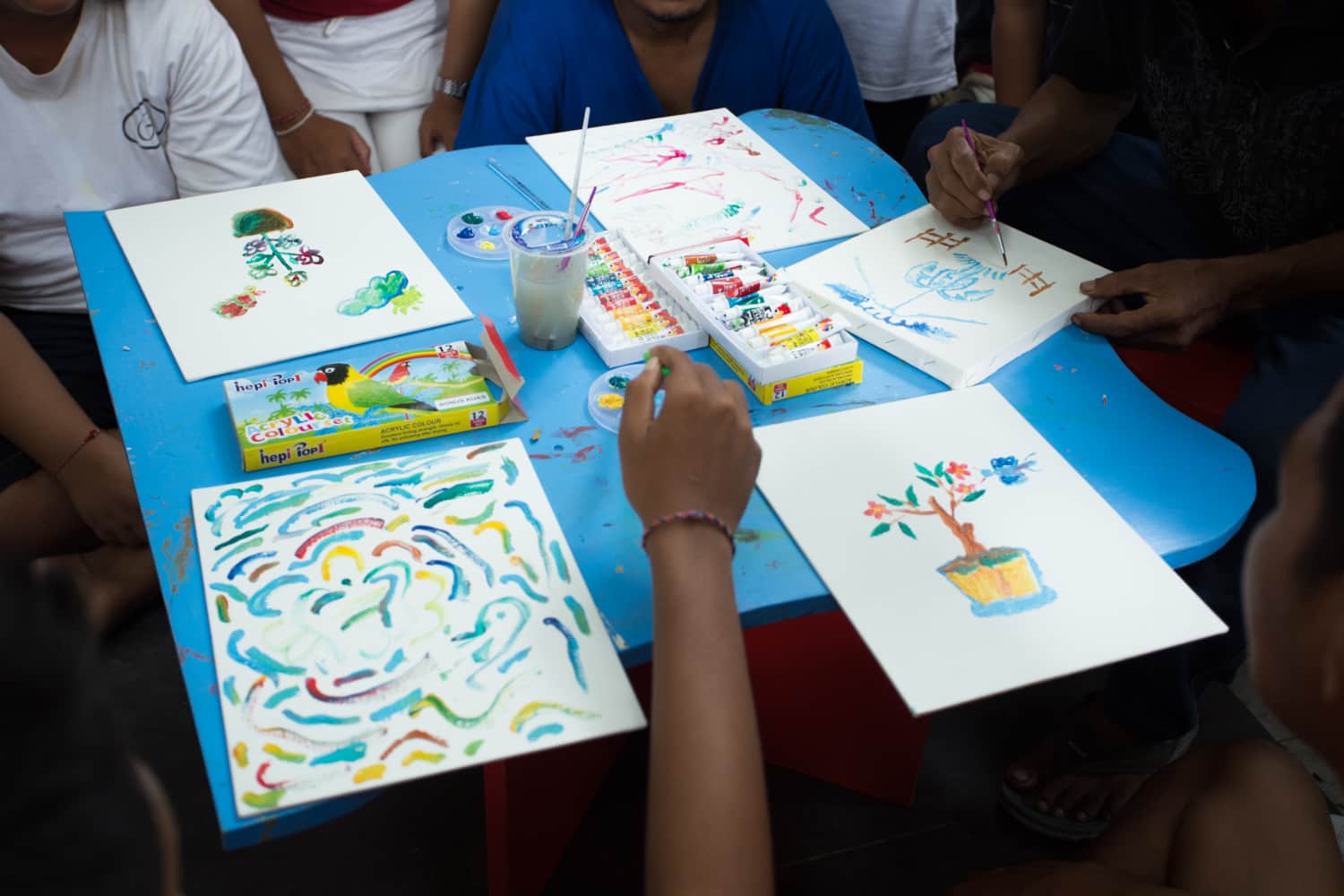 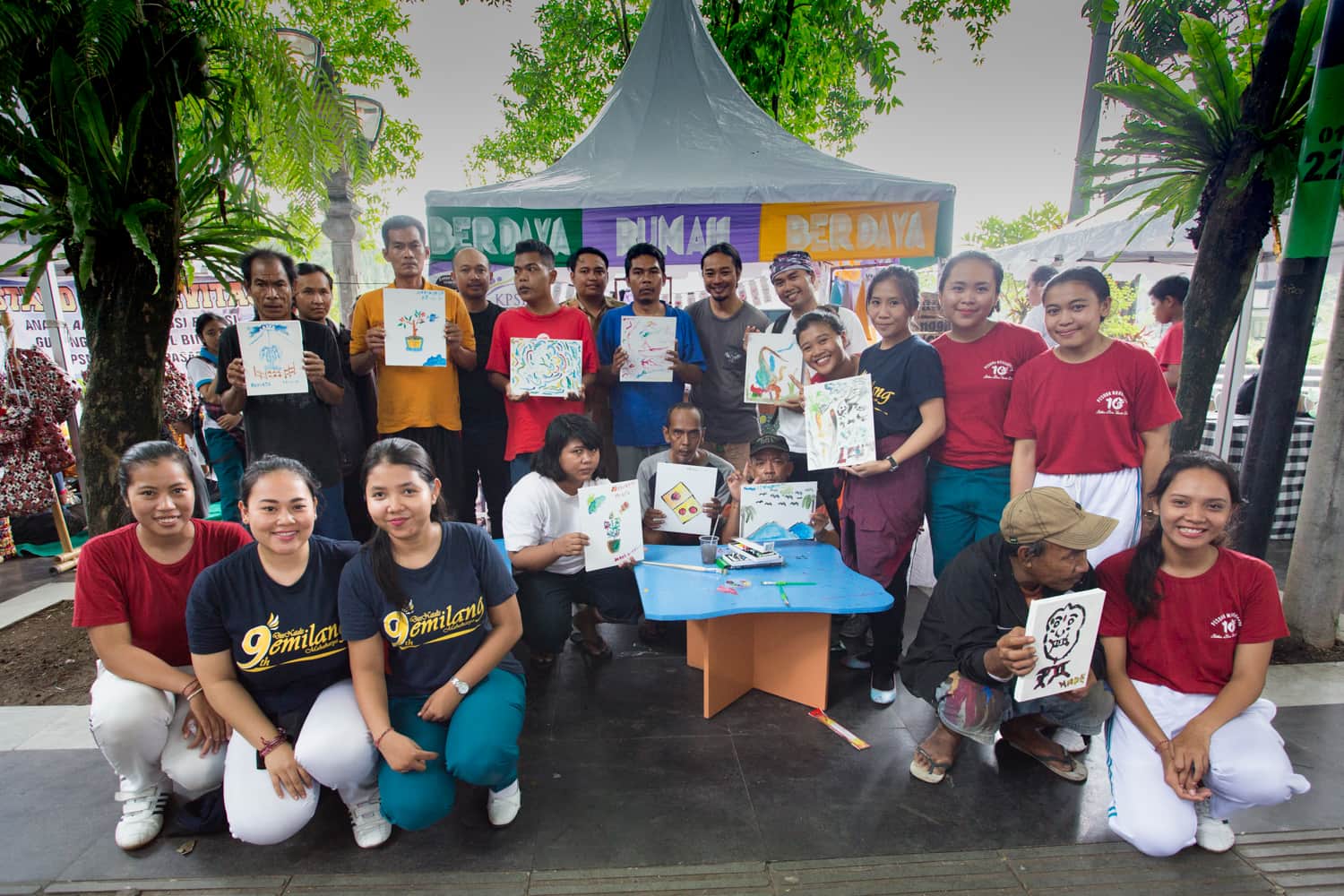 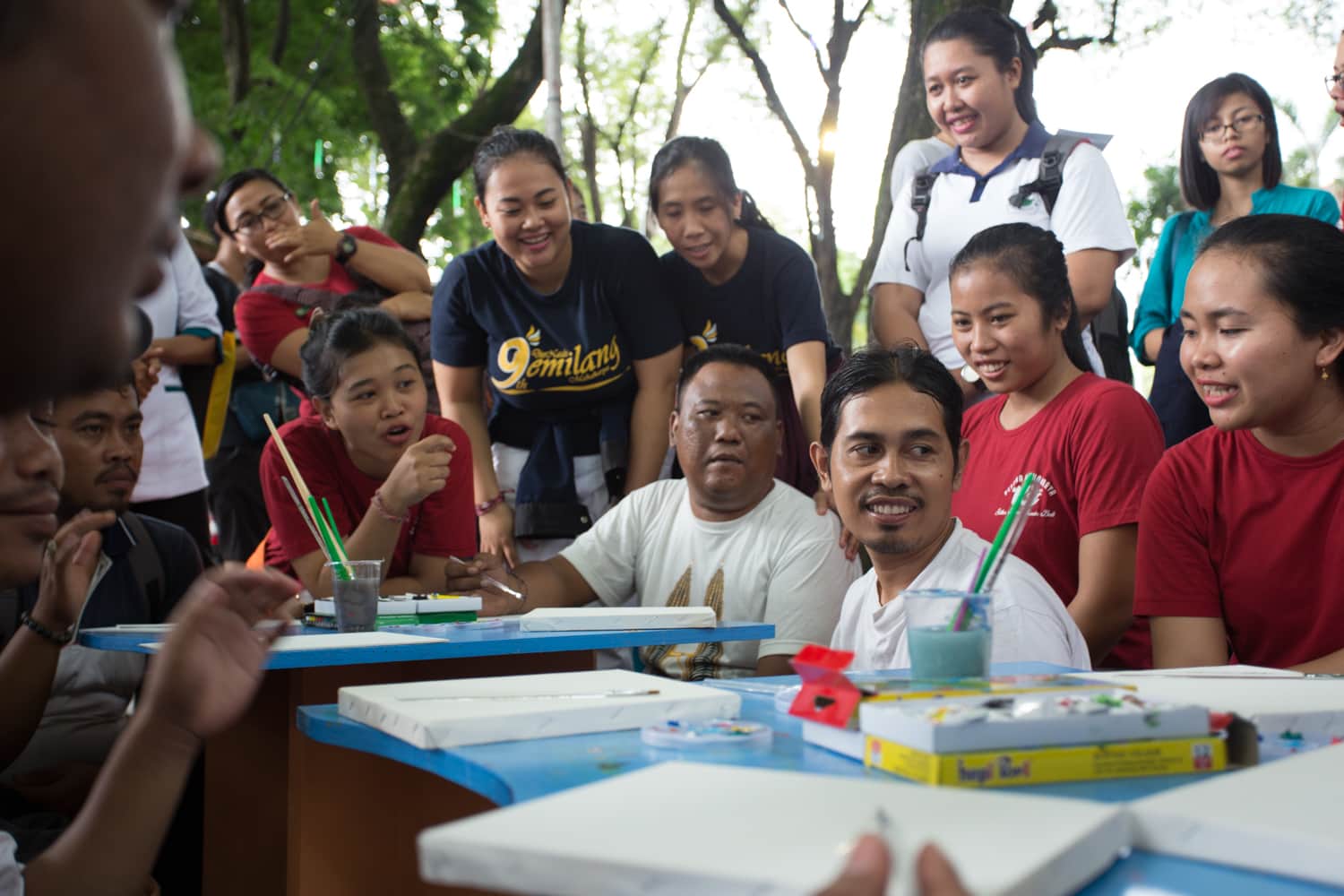 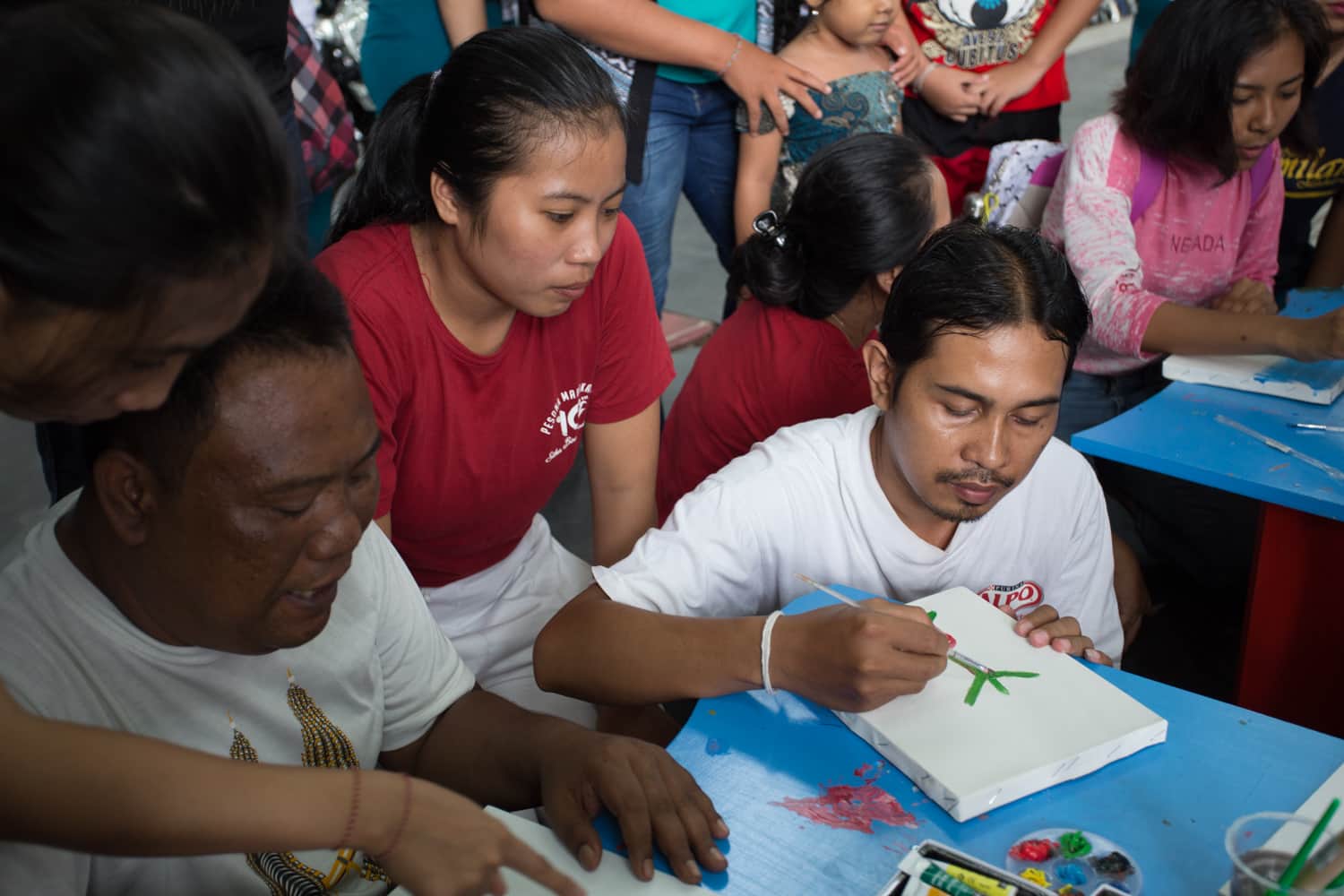 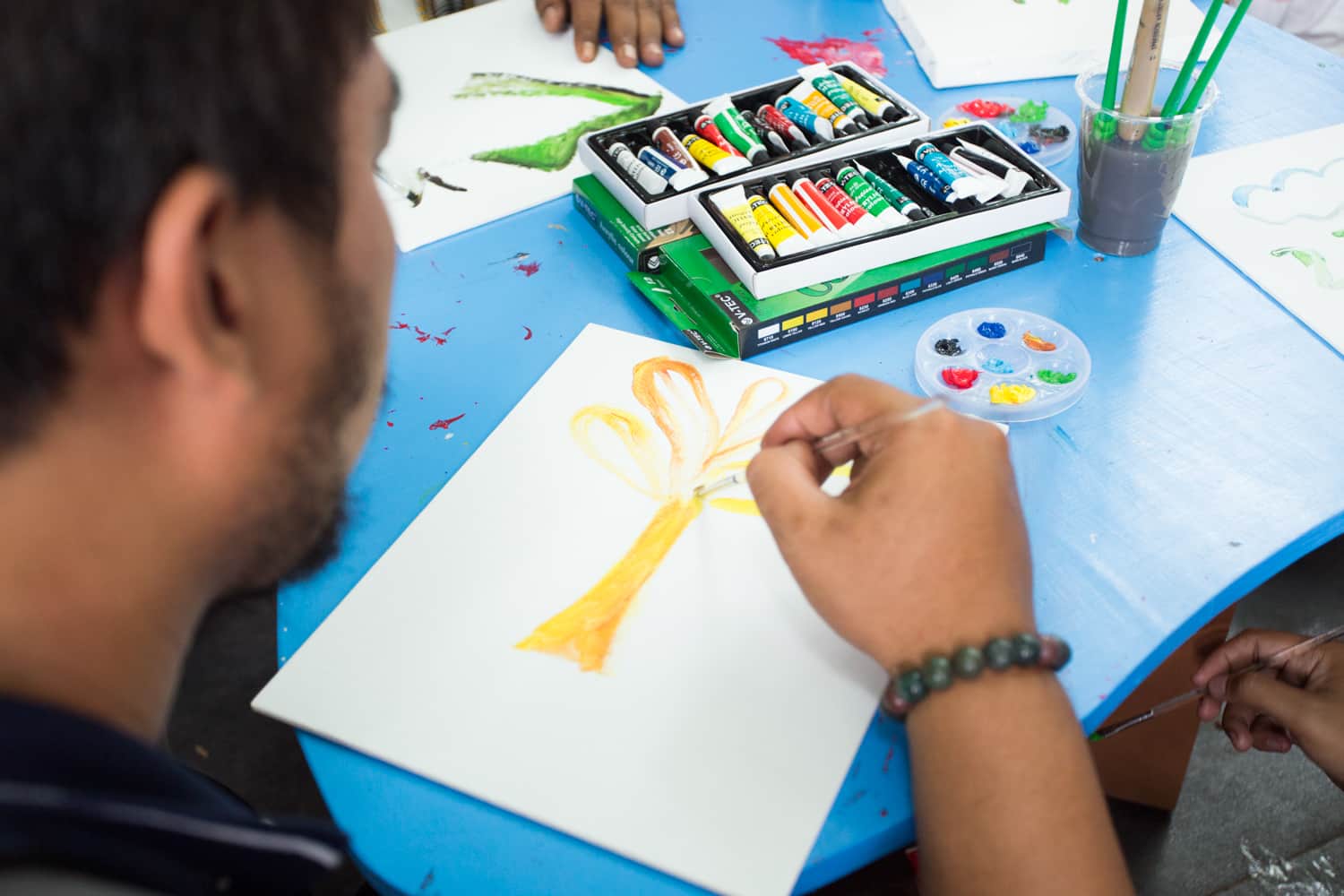 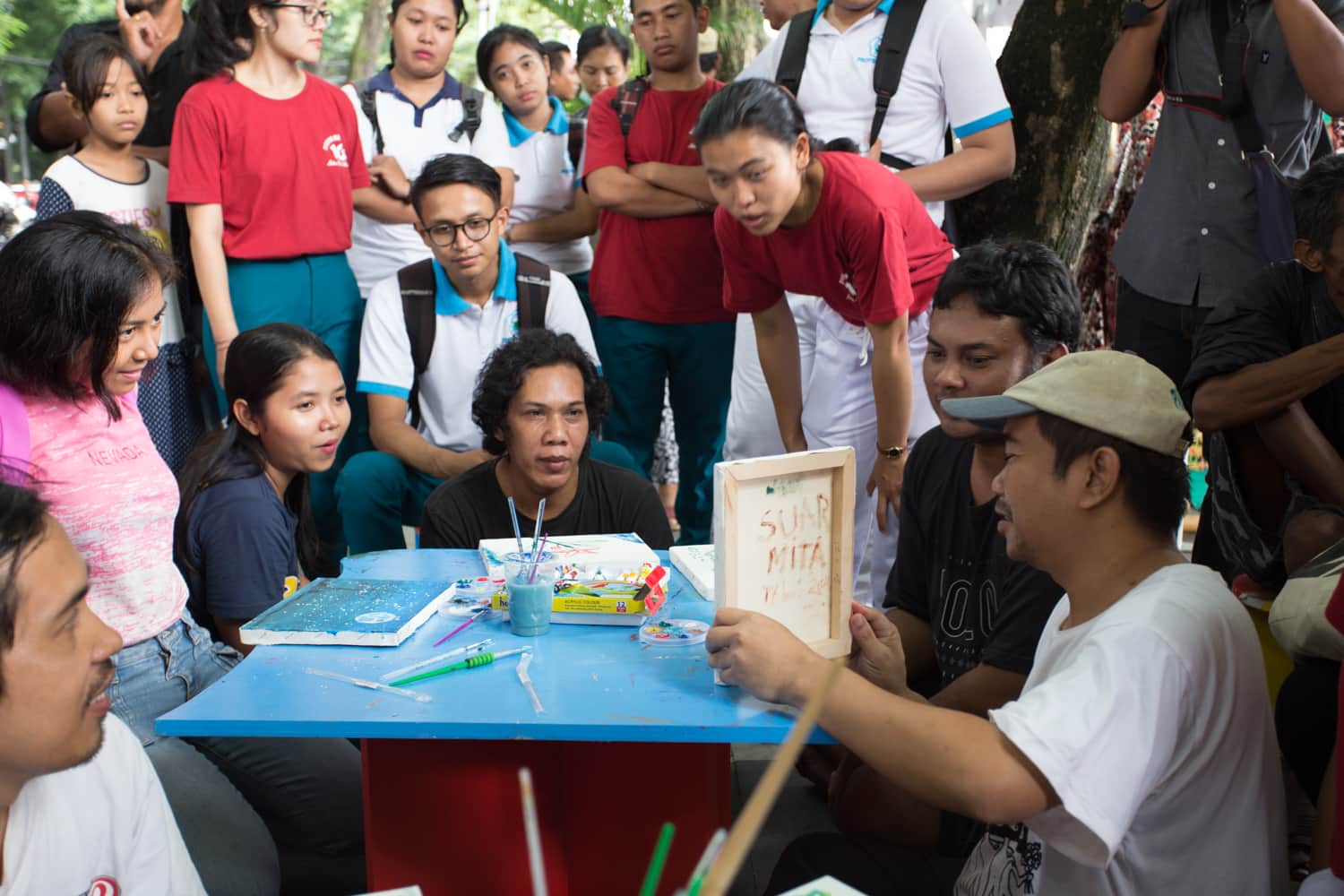 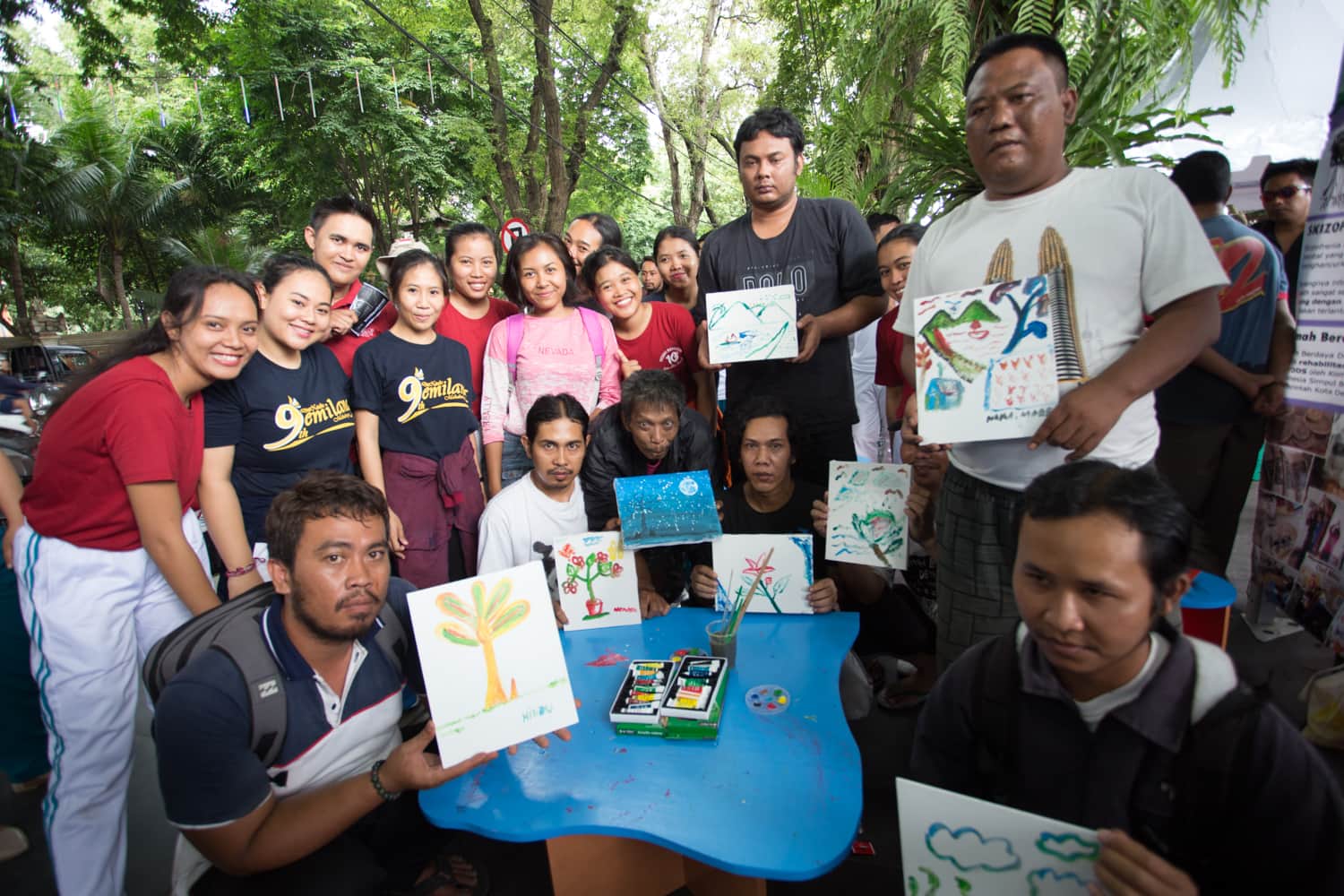